Carrying the message & being a healthy body weight?

This week, we read and discussed Chapter 7 Working with Others in the AA Big Book.

This is a very big issue!

We are not a diet and calories club, but, can we really carry the message if we are not at a healthy body weight or engaging in self-centered and not God-centered behaviors?

Below is a section of his book that addresses the very topic that we were discussing today.

I would love for us to read and discuss this during our group next week! 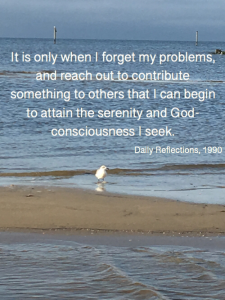 The responsibility for achieving a healthy body weight:

If we are to be of maximum helpfulness to others, we must carry the message to the compulsive eater who still suffers, and we must carry that message to the best of our abilities. What kind of a message are we carrying to the newcomer in our room, or to the person who has been coming for some time but hasn’t yet worked the steps, if we are not working towards a healthy body weight? 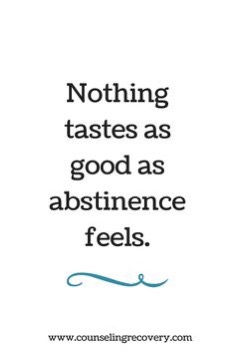 The second is the one the compulsive eater who still suffers has never had from any other diet program—the spiritual sanity that provides freedom from food.

We have to model both of those if we are to be of maximum helpfulness to others. We should neither be living in fat serenity nor be white-knuckle abstaining We don’t have to be thin to sponsor. Not at all. A person who has 300 pounds to lose/release and who has recovered within months, and is losing weight, is a tremendous inspiration, even if still morbidly obese. And there are people whose medical condition is such that they can lose no more weight, but if they have recovered, they can sponsor beautifully.

What I am talking about, however—and I have myself been an example of this—are people who talk about how they have been members of this program for a long time, how they have recovered, how food is no longer an issue for them, but who do not appear to have a healthy weight.

The question they must ask themselves––as I asked myself––is how well they are carrying the message.

On the other hand, having a healthy weight does not necessarily provide the message either.

We have to have recovered from the freedom of the bondage of food and of self. We can use OA as a diet support group without doing the steps. We can be the OA equivalent of dry drunks—white-knuckle abstainers. That isn’t a very effective message either.

Recovery from compulsive eating is a product of the spiritual awakening we have received from the Twelve Steps. It is certainly not weight loss without the steps. And it’s my experience that neither is it the steps without working toward a healthy bodyweight.

Step Twelve tells us we have to carry the message.

There is also the work of keeping OA alive. That is unlocking the door, setting up the chairs, making the coffee, publicizing meetings, getting involved in Intergroup, Region, or World Service.

Because the primary purpose of every meeting in OA and of OA itself is to carry the message, keeping OA alive through the meetings and the structure of OA is vitally important.

In and of itself doing this kind of work, however, is not carrying the message; it is merely helping to keep alive a structure in which the message CAN be carried. There’s a big difference.

Let me give you an example. When I was relapsing, I was responsible for a meeting. I unlocked the door, put up the signs, arranged the chairs, kept the meeting record, paid the bills, etc. But I was in relapse. I was carrying the wrong message.

When it became clear that the meeting was in trouble (I was the only constant attendee) I began to look at the reason; and it wasn’t far off—I simply had to look in the mirror!

Sure, I was frantically doing service to keep the meeting alive, but the meeting was of no value because its only constant attendee was not carrying the message of recovery. As a matter of fact, by talking the talk but not walking the walk, I was carrying a message of hopelessness.

More than that, doing all this work wasn’t giving me any recovery whatsoever!

I was doing harm to OA, when you come down to it.

So newcomers who came to the meeting were scared off. Not just from that meeting, but probably from OA as a whole. My service work was not getting me slim, and it was scaring away prospective members.

So there’s a big difference between service and Twelfth Step work!

How do we carry the message in our meetings?

On page 133, the Big Book tells us: “We are sure God wants us to be happy, joyous, and free.” On page 160, the Big Book describes how a newcomer sees an AA meeting: “He succumbed to that gay crowd inside, who laughed at their own misfortunes and understood his.”

So I suggest you think about your meetings and how well they carry the message.

What if you’re in a meeting that doesn’t in your opinion carry a message that grabs the newcomers?

What are your options?

I would never consider the following options without putting that meeting, and perhaps some of its members, into a Step 10 Resentment and Fear consideration. Only that gives me the clarity of mind to consider these options.

You may find yourself guided to get more involved rather than less involved. Sure, a meeting which is sick might be on its deathbed and it might be reasonable simply not to support it and let it die.

But — and especially if it’s the only meeting available to you—maybe, just maybe, it needs a lot of love and honesty—it needs that unique quality that you, as a recovered compulsive eater, can give!

Consider as well that you may simply be wrong about that meeting. Maybe it’s a perfectly good meeting and you just have some control issues! (I know this is a real possibility, because it has been true for me!) You should discuss your feelings with someone you know who has what you want to see if you’re right or wrong about the quality of a meeting.

But if you’re right, and it is not a good meeting, you have three major options.

OA has been going through some transition phases. Back in the 1980s we had many more members than we have now. We started to decline in the early1990s, but our membership appears to be increasing these days.

As I look back in my years in OA, I think I can see the roots of the decline in a few things:

Guide, both of them NOT Conference approved.

Many people stopped using the directions in the Big Book.

So when we “lost” members, in fact we were simply reverting back to a natural growth. To grow quickly we ultimately need a lot of recovered members who will help those who still suffer.

I think our increase in members now is attributable to a growing emphasis on the Big Book’s set of directions, much clearer literature that talks of recovery and the double whammy of the physical cravings and mental obsession, and a growing sense of hopelessness among newcomers that other methods they’ve tried simply aren’t working.

Reprinted with permission.  THIS IS NOT OA-APPROVED LITERATURE

In addition, next week, we will read Step 12 in the Little Red Book. (Each word is linked to a different online site if you would like to buy the book.) Here is a document Step_12-2 of the chapter that we will be reading next week, if you do not want to buy the book.

Looking forward to “seeing” everyone next week!

In love and service,